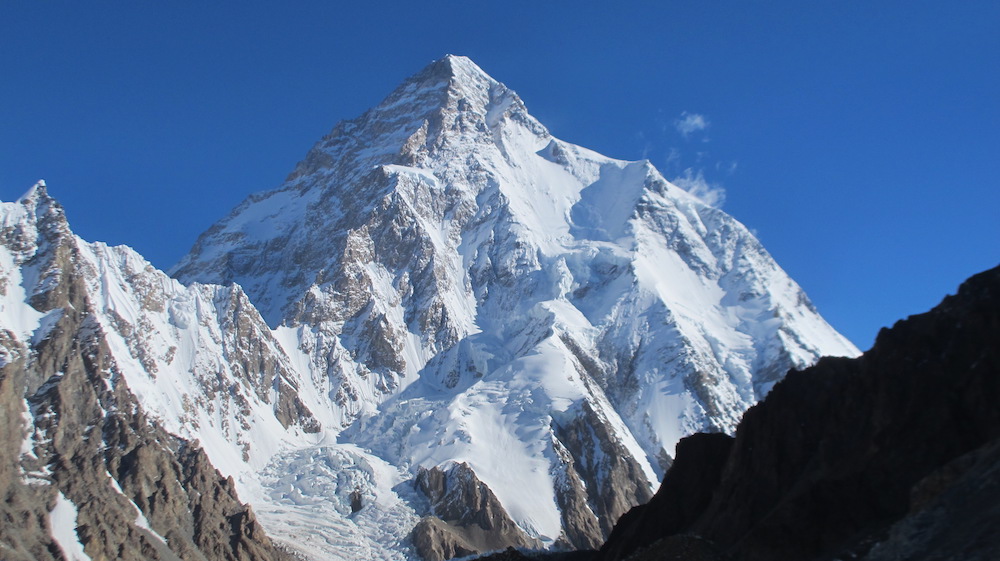 I have been very fortunate to have been involved with Altitude Junkies since its inception in 2000. The idea was to have a company that was to provide a service that would bridge the gap between guided expeditions and those expeditions which provided base camp support only. Professionally led expeditions is the term we like to use to describe Altitude Junkies and we say that the expedition leaders are not guides, but expediters, who are responsible for the base camp food, climbing Sherpa staff and gear on the mountain.

When the Junkies started, there were very few other companies operating non-guided expeditions. This has now changed as there are now many local Nepal companies offering all kinds of services from base camp support to having personal Sherpa guides accompany their clients to the summit.

Expeditions have become quite expensive to participate in, especially in Nepal and Tibet, and as many other folks have said, the cheapest price is not always the best way to go on a high altitude expediton. There are many local Nepal companies who have great reputations, but there are a lot more who don't.

If you do need to be guided, I strongly recommend going with a fully certified UIAGM guide. To be fully certified, you need to have completed the Alpine, Rock and Ski disciplines, which take a long time and a lot of funds to complete. There are now many guides throughout the world with the coveted UIAGM badge, but many do not have the full certification, as the European and North American guides have to have.

For those climbers with experience, a friendly Sherpa climbing companion is always a good idea and now on some Himalayan mountains, it is compulsory to have a 1:1 Sherpa to climber ratio anyway.

Joining a team of like minded individuals, on such an expedition as a Junkies one is a great way to make new friends, find climbing partners, and spend some quality time in the moutnains with people like yourself, who just want to be in the mountains. We have a lot of repeat team members on the Junkies expeditions and many have made lifelong friends on these trips.

WHICH MOUNTAINS, HOW LONG, HOW MUCH?

Traditional Everest expeditions used to take 60 days or more to complete, Cho Oyu 45 and Ama Dablam took 30 days in duration. Now the trend for some companies is to push their “Express or Flash” climbs. This has become quite popular and the companies that promote this kind of expedition will produce scientific details and numbers that promote the use of their at home altitude chambers that are placed over your bed. I am still a big believer that to acclimatize properly you need to allow the red blood cells to reproduce at altitude and the best way for this to happen is to actually be at altitude, 24 hours a day, 7 days a week. I am unaware of anyone who uses this at home altitude chamber and stays inside this contraption 24 hours per day.

We prefer to shorten our expedition duration by using the powerful high altitude helicopters that are now in Nepal. We are still unable to use choppers on our Tibet expeditions as we are unable to fly in China airspace, but I am assuming that Chinese helicopters may be available in the future. With us flying from Kathmandu into Namche Bazar directly, rather than taking the sporadic Katahmandu or Ramechhap to Lukla fixed wing flight, this enables us to save two days of trekking, not to mention the four hour or more drive to Ramechhap from Kathmandu, and the whole day spent at the airport waiting for the flights. With us flying directly out of our respective base camps by chopper, we also save several days of trekking and hanging around airports at the conclusion of the climb. What used to takes us 30 days to complete, can now be done in 21 days or less and without sleeping in an oversized Zip Lock bag on your bed at home.

Expeditions in Nepal have become expensive and in Tibet they have become outrageously expensive. Pakistan is still somewhat cheaper then the other two destinations but it’s still not cheap. I always tell folks if they are looking for some great alpine climbing then head to Peru. The Cordillera Blanca is an amazing place and does not have all the permit fees and other ridiculous government expenses that Nepal, China and Pakistan do. You could spend every summer season for the rest of your life climbing in the Cordillera Blanca and still have a considerable amount of change left over for the price of a western guided Everest expedition. Don’t get me wrong, I really enjoy climbing Everest but it is not cheap anymore. At the Junkies, we try to price the expeditions fairly and we are very transparent with our costs. We do not believe in asking for a Sherpa summit bonus and kitchen staff gratuities at the end of the trip (one company ask for this at the start of the trip!), as different nationalities have different opinions to the tip culture. Another factor is if you depart from an expedition early for whatever reason, should your personal Sherpa on summit day be deprived of his summit bonus because you are unfit or you were too cheap to buy a proper pair of boots and your feet got cold? We make sure all the bonuses and tips are already included in our asking price.

The three most requested peaks I receive emails about are Everest, Cho Oyu and Ama Dablam respectively. Everest and Cho Oyu are both a great experience but there are also 12 other great experiences on 8,000-meter peaks, although the average Everest climber would not be suited climbing on most of them. Ama Dablam is beautiful but way over crowded and has some major issues with water sites and bathroom locations during the month of October and November. I would recommend any potential Ama Dablam climber go in the spring when the mountain is quiet or late in the fall, early winter when the crowds have gone. It just happens the Junkies go late November, early December when there are only a few other teams present. My personal favorite climb in Nepal is Cholatse for many reasons. The Junkies were one of the first commercial expeditions to operate on her flanks and we have had summits each season, some more than others. People do underestimate this peak as even though we fix ropes to the summit and we promote climbers to use two ice tools rather than an ascender as used in Ama Dablam, the climbing is steep, sustained and exposed. It’s a big summit day from high camp but not impossible. Some of the team members have climbed from base camp to the summit in one push and you can tell that they have trained suitably to be able to do this. There are many more peaks like Cholatse in Nepal and hopefully more alpinists discover them before it’s too late with our rapid climate change issue.

The Cordillera Blanca offers many well-known peaks as well and some not so well-known. The most popular ones include Alpamayo, Chopicalqui and Pisco as well as the reliable Ishinca Valley where many climbers get to acclimatize. There are many valleys to visit, most a very short drive and trek from Huaraz, where you may not see another climber for several days. If I can give any advice on climbing in the Cordillera Blanca it would be to spend three nights in Huaraz before going to your respective base camp as the altitude jump is big. Unfortunately every year some climbers show up with big plans, without the respective experience and get into trouble or worse. It’s best to make slow progress on the technical difficulties of the climbs in the Cordillera Blanca, trying harder objectives each following season. Once you have climbed there, you will definitely make another trip.

ANYTHING NEW OR EXCITING?

A few years ago we started to mix things up with our 8,000-meter program. For many years we operated Everest expeditions each spring season, switching between the north and south sides as our mood took us. The decision was made to run expeditions only on the north side of the mountain after witnessing the overbearing crowds on the Nepal side of the mountain in 2016. The south side has become way too crowded in my opinion whereas the Chinese are regulating and reducing the numbers of climbers on the north side of the hill.

Each post monsoon season we would operate an expedition to Manalsu. We had much success on this peak, but due to the fact that the Chinese increased the permit cost and other fees associated with climbing Cho Oyu, Manaslu has now become over crowded just like the south side of Everest.

We decided to run expeditions on the less known and travelled peaks such as Makalu and Dhaulagiri and had further plans to climb Annapurna and Kanchenjunga. We had success on our two trips to Makalu, got stormed off Dhaulagiri and have yet to make it to Kanchenjunga, but the experience of being on a very quiet 8,000-meter peak, and in the case of Dhaulagiri being the only team present, has been some of my most memorable 8,000-meter peak climbing. Finding suitable qualified climbers for such peaks has been a challenge and not being able to provide some of the luxuries that we have offered in the past on an Everest expedition, due to the remote locations of these peaks, has put off some potential climbers. It’s nice to be able to stay in contact with friends and family back home but is there really a need to have internet 24 hours a day, 7 days a week at base camp. I now find that some climbers are more interested in blogging rather than actual climbing.

Due to the demand for Everest we are returning to the north side for the spring of 2020. We are also considering our options for an 8,000-meter peak in the post monsoon season. We have introduced a Mera Peak expedition, which utilizes helicopters to and from the mountain to reduce the expedition duration to only 12 days. This is a great climb for those looking to make their first climb in the Nepal Himalaya and those climbers and trekkers with very short schedules. Details of any new climbs will be posted on the Altitude Junkies website when any decisions have been made.