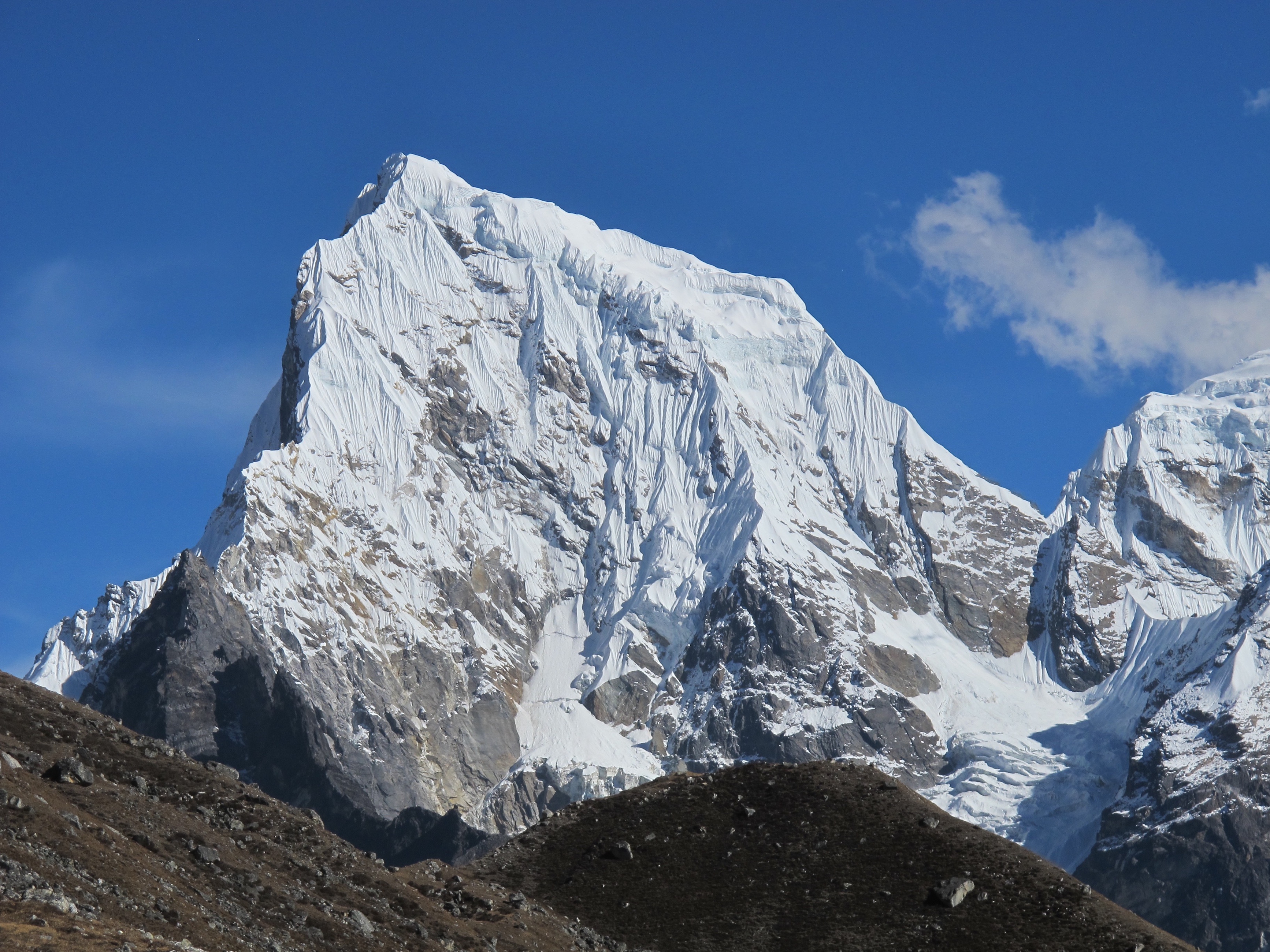 The Gunks Climbers Cabin is finally close to being completed with the renovations and should hopefully be open soon. We had really hoped to be ready for the fall climbing season in the Gunks, but an unexpected pandemic threw us off schedule somewhat.

Those folks who know me, know that I'm not one much for self-promotion and I'm not always seeking publicity on social media and the like, but if I do say so myself, this place is pretty awesome.

It's an alpine museum, climbing gym and mountain hut all in one and it's just a stones throw away from the world famous climbing mecca, "The Gunks".

I'm now going to get some young Nepali hotshot web techie in Kathmandu to buld a website, so we can show you folks what we have been up to during our off climbing season time.

We last climbed Makalu in the spring of 2017, which was an amazing climb on an uncrowded mountain. Even though we missed the actual summit by 14 vertical meters or so, due to a dodgy looking cornice on the final summit ridge, that none of us in my group, and none of the other climbers following us (we were fixing ropes on the entire route) decided to try to cross.

I'm very pleased to be heading back this spring with a small team supported by our premier climbing Sherpas. This time we hope the conditions are good and we get to climb that last dodgy looking section from 2017, to the true summit.

UPDATE: We reached the summit on the 16th May at 3.45am. We were alone on the summit and only encoutered other climbers (Indian Army) when we descended the French Couloir. We took a total of 24 days to complete the climb, Kathmandu - Summit - Kathmandu, thanks to the awesome helicopters now available in the Nepal Himalaya. It only took us 30 days to complete our Everest expedition in 2018, so I guess we are doing something right, without all the flash/express expedition hype.

I'm heading back to the amazing Cordillera Blanca this summer with the Junkies and then for some personal climbs.

We will be back in the Ishinca Valley with a Junkies team, hoping to reach three summits in seven days and then I will be doing some personal climbs throughout the summer. One of these personal climbs will be an epic traverse, which has been on my radar for many years.

UPDATE: The weather cooperated with us in the Ishinca Valley once again and we were able to reach the three summits of Urus, Ishinca and Tocllaraju respectively in a seven day period. Unfortunately the epic traverse I have been looking at for many years was not in such great condition, so more relaxing personal climbs were undertaken. I'm looking forward to heading back to Peru in 2020.

I'm looking forward to returning once again to Cholatse, hoping to make my sixth summit, on this super technical and beautiful peak. It's my favorite peak in all of the Himalayas, and although it's not the highest, the most famous, the most historical, it's one of the best Nepal has to offer.

UPDATE: With the help of helicopters we were able to successfully complete the expedition in 14 days, Kathmandu to Kathmandu. We had 19 summits on November 1st and were back in Kathmandu the morning of the 2nd. Kami Neru "Mad Dog" Sherpa and myself both made our sixth summits respectively of Cholatse.

Ama Dablam is a beautiful peak, although it's overcrowded in October and November. The last time I climbed her, last November and December it was so quiet. I'm going back this year with a Junkies team, and yes, I will use helicopters to fly into Namche and out of base camp. Don't hate me, I'm getting old.

UPDATE: We made the summit on December 3rd and were back in Kathmandu for lunch the following day. Very few climbers present at base camp whilst we were there and we were the only team on the hill on our summit day. We completed the expedition in 18 days, Kathmandu to Kathmandu, without any gimmicks or large Ziplock bags over our beds at home. The high winds delayed our summit day by a couple of days which meant our Kathmandu celebrations had to wait until the 4th.

UPDATE: All of the 2020 expeditions were cancelled due to the Covid-19 pandemic.

Heading back to the "Big E" for my 16th Everest expedition in 2021. I have taken a few spring seasons away from Everest recently and switched objectives with summits of Makalu in 2017 and 2019. The ongoing pandemic and the fact that certain nationalities are unable to travel will mean the south side will be quieter than usual in regards to numbers of climbers present.

UPDATE: We reached the summit on May 24th at 0.30am. We purposely made an early morning summit to take advantage of the low winds at the South Col on the evening of the 23rd before they picked up early am on the 24th. We were the only team on, or anyway near the summit that morning and were back at camp two the same day and back to base camp on the 25th. A second cyclone that hit Everest meant we had to wait three days at base camp in bad weather before being able to take choppers back to Kathmandu which we did on Everest Day, May 29th. Celebrations were subdued back in town due to the strict lockdown imposed by the Nepal government. No Covid, no crowds, no drama, no social media overload and no big egos on this team.

I always look forward to heading to the Ishinca Valley in the Cordillera Blanca to visit friends and spend time in the awesome Refugio at base camp. Three peaks climbed alpine style in a two week period including travel and acclimatization days.

UPDATE: Peru are now allowing tourists to enter the country with restrictions but with the current curfews in place in Huaraz and continuing high rate of Covid infections we decided to cancel this seasons Cordillera Blanca climbs.

I am looking forward to returning to Pakistan in the summer of 2021. After four expeditions to Gasherbrum II, four to Gasherbrum I and two to Broad Peak, I'm looking at other objectives to offer with the Junkies and will be doing some reconnaissance on various peaks whilst there.

UPDATE: The Pakistan government announced during the Everest season that Nepali citizens were barred from entering Pakistan for the summer climbing season. They then reversed this decision and would allow Nepal Sherpa to enter if they had received both Covid vaccine shots and undertook a 10-day quarantne upon entering the country. Then they changed the rules yet again and last minute decided to allow Sherpa in without the need to quarntine. With all the confusing rules, lack of flights out of Kathmandu and the late start arriving in Pakistan, we decided to postpone the reconnaissance climbs until next summer.

We are hoping to return to Dhaulagiri in the fall of 2021 as several climbers have shown interest in the peak. We last climbed on her in 2016 and were the only team present, which was a surreal experience on an 8,000-meter peak. We plan to start the expedition a week or so later than the most fall 8,000-meter expeditions due to the lingering Nepal monsoon of recent years. Small team size, strong Sherpa, willing team members and one big white hill.

I'm looking forward to returning once again to Cholatse, hoping to make my seventh summit, on this super technical and beautiful peak. It's my favorite peak in all of the Himalayas, and although it's not the highest, the most famous, the most historical, it's one of the best Nepal has to offer.

Ama Dablam is a beautiful peak, although it's overcrowded in October and November. The last time I climbed her, last November and December it was so quiet. I'm going back this year with a Junkies team, and yes, I will use helicopters to fly into Namche and out of base camp. Don't hate me, I'm getting old.